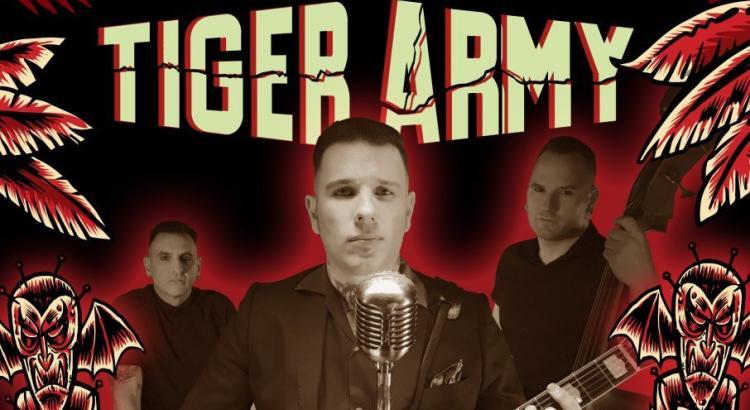 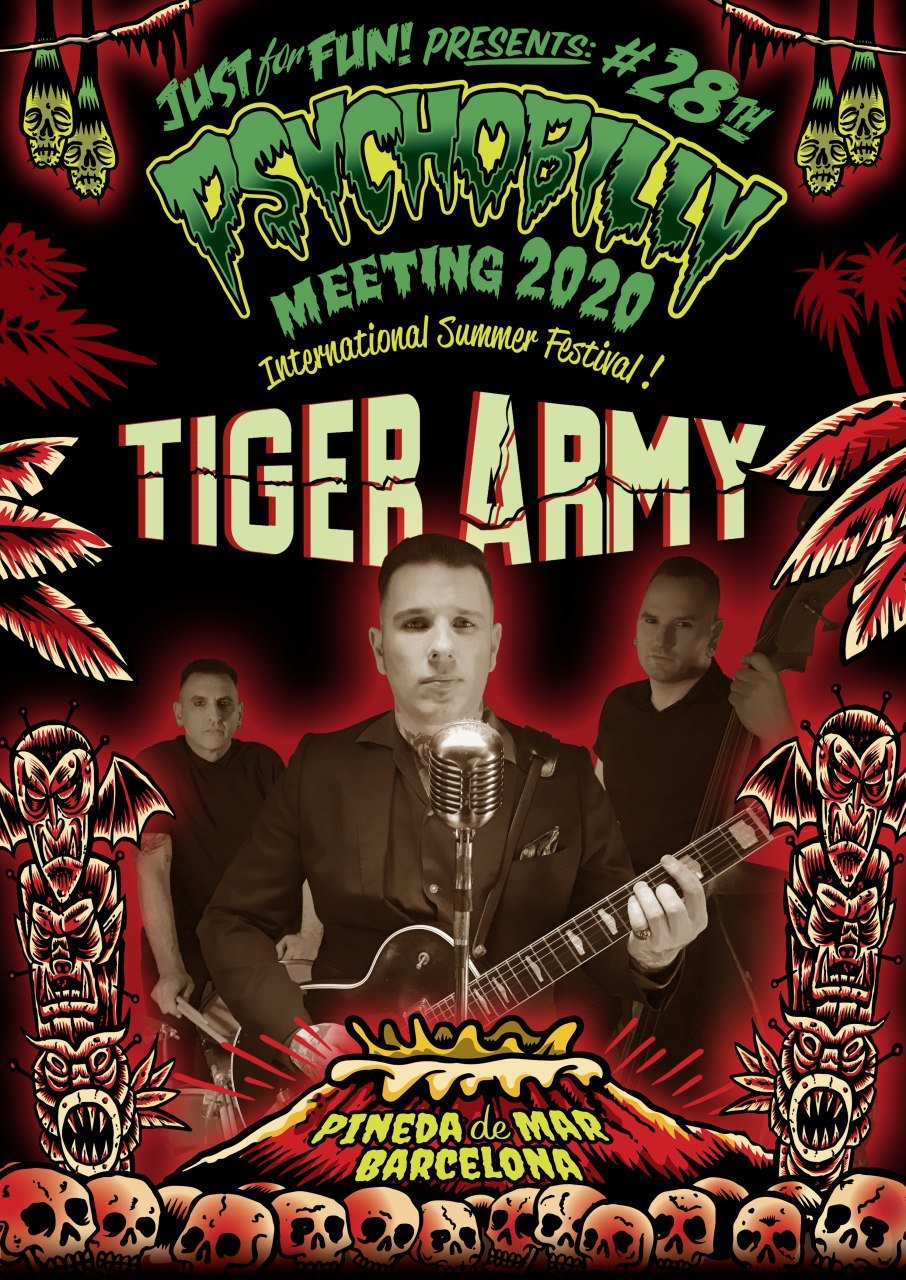 There have been rumours , there has been talk !! Today we can tell you the news !! Tiger Army will be, for the first time, at the beach of Pineda de Mar for the Psychobilly Meeting 2020 ! And their first time in Spain !

The charismatic Californian band with Nick 13 at front, finally arrives in Pineda after several changes in its lineup since forming in 1995 , and with a brand new record that has been very well received by all its fans and it’s critics.”Retrofuture” combines instruments and equipment from the golden age of the 50’s and 60’s with modern technology and creates an image of how Rock and Roll can sound in the 21st century. They understand Psychobilly is a changing genre, no rules, no labels, no imitations and always looking to the future, they make it abundantly clear in this work.

A world cult band that has shared stages and tours with big names like Social Distortion, Dropkick Murphys and many others. They have created an army of faithful fans who fill their concerts and follow the band wherever they go.

Nick 13’s career is not only summarized by his band , his passion for Nashville music lead him to release a solo album exploring the old Hillbilly & Honky Tonk sounds of the middle of the last century with his personal touch and his distinctive voice.

Currently the most active band that never lost its most aggressive sound arrives in Pineda to give its fans the best songs of their career.

Get ready for the TIGER ARMY show on Friday 3rd of July ! The LA Trio for the first time in the PSYCHOBILLY MEETING stage of Pineda de Mar ! TIGER ARMY !! NEVER DIE !!