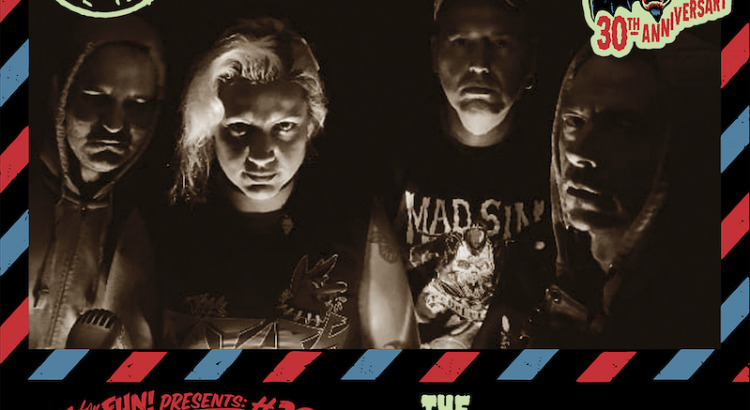 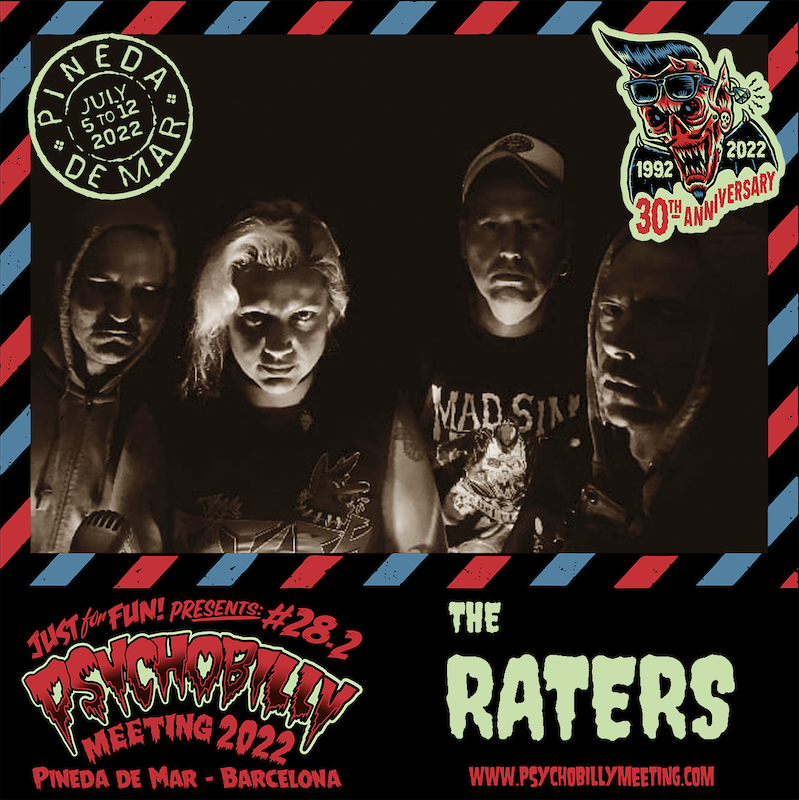 The Raters was born in April 2021 out of the need to play Psychobilly on the island of Mallorca, creating a precedent that has never existed before. Paying homage to their origins, they are called like the brave little canid of island origin “Ca Rater Mallorquí”, always brave and never fearing anything.

It is the Catalan-Majorcan link that has allowed four people with different experiences, backgrounds and influences to meet and share their passion for the darkness of Rock&Roll.

With a unique and genuine sound, and with the desire to create and share their music, they present themselves.

Dani, who escaped from Barcelona floating through its sewers on top of his double bass. After days of shipwreck, “The Raters” rescue him from a strong storm on the beaches of a remote Mediterranean island. Although he woke up with strong “psychotraumatic” symptoms, curiously, his instrument was left intact.

Txer, contaminated by Punkrock and Rockabilly in his native Balaguer, goes out with his drumsticks in search of tormented minds with whom he can combine his evil arts, the result could not be other than Psychobilly.

Johnny B. Bad, dark alter ego of Jo Pro. Kidnapped and resurrected with his sharp guitar from the Felaniense morgue by “The Raters”, after having died of fucking disgust.

Conjured to find the best voice to accompany, The Raters cause the perfect storm to direct the lightning and bring the dormant body of Cecile The Beast back to life. She now wakes up, with her heartbreaking voice and thirsty for Rock&Roll. They finally get the piece they were missing.

It should have happened a long time ago, it just happened at the perfect time. We are here only for and for this.

👉 And support THE RATERS and buy Official Merch