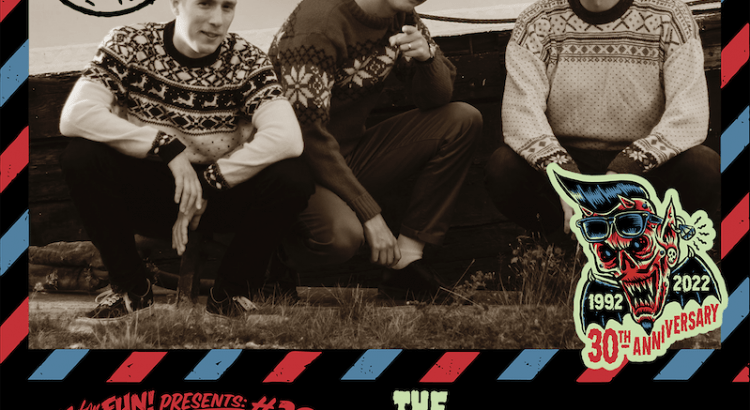 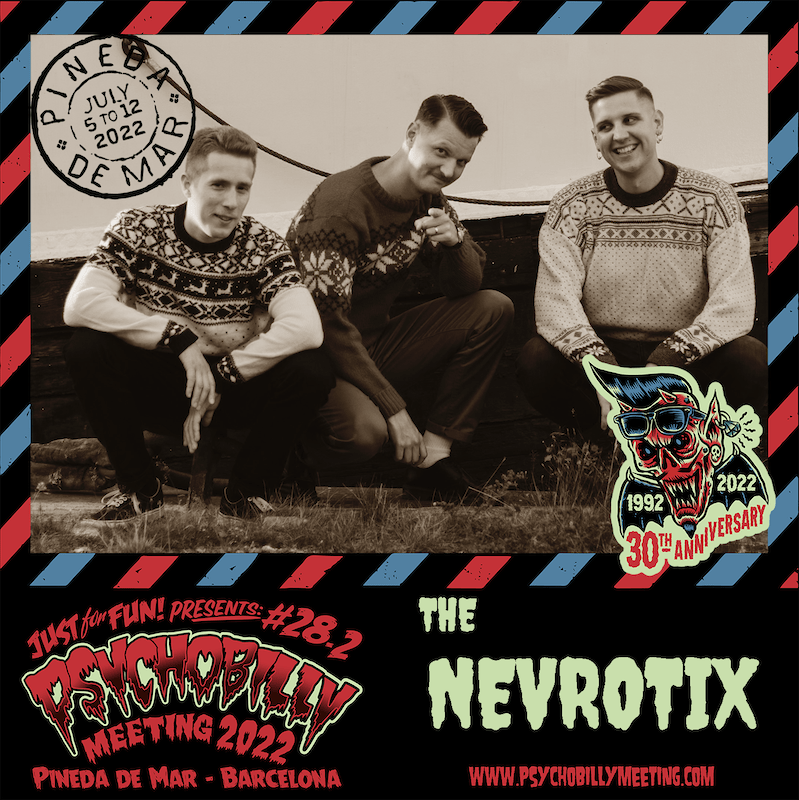 This act put one foot in the old school Psychobilly and the other one firmly in the Neo-rockabilly style, they combine an elegance with the powerful sound, a catchy guitar and addictive rifts. Bands like this are the ingredient that will keep our scene alive for many years !

There are a number of bands that hail from Sweden and most of them are simply great. This band are one of the best trios on the scene and when they appeared in 2016 with their first record they had to come to play ! Now it´s time for them to come back because they bring with them new writing and new songs that shouldn’t be missed !

In 2019, they released their 3rd album, a 12” with 6 track on Crazy Love , who had noticed them following their previous 2 records, we only can say they get better and better with time and they’re maturing into a highly notable act worthy of respect. Don’t take our word for it, find out by yourself, don´t miss the amazing THE NEVROTIX at the Main Stage !