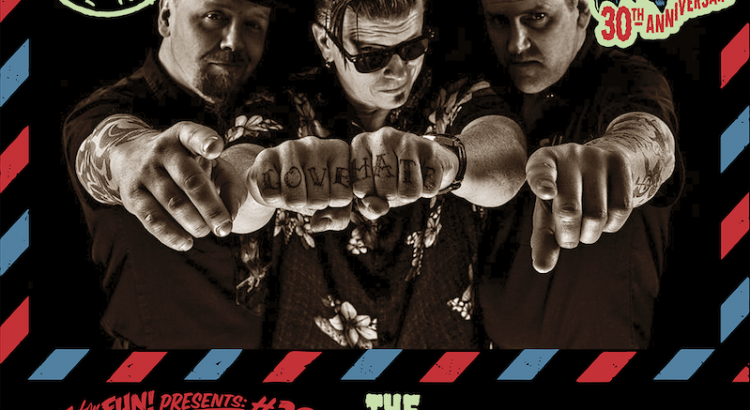 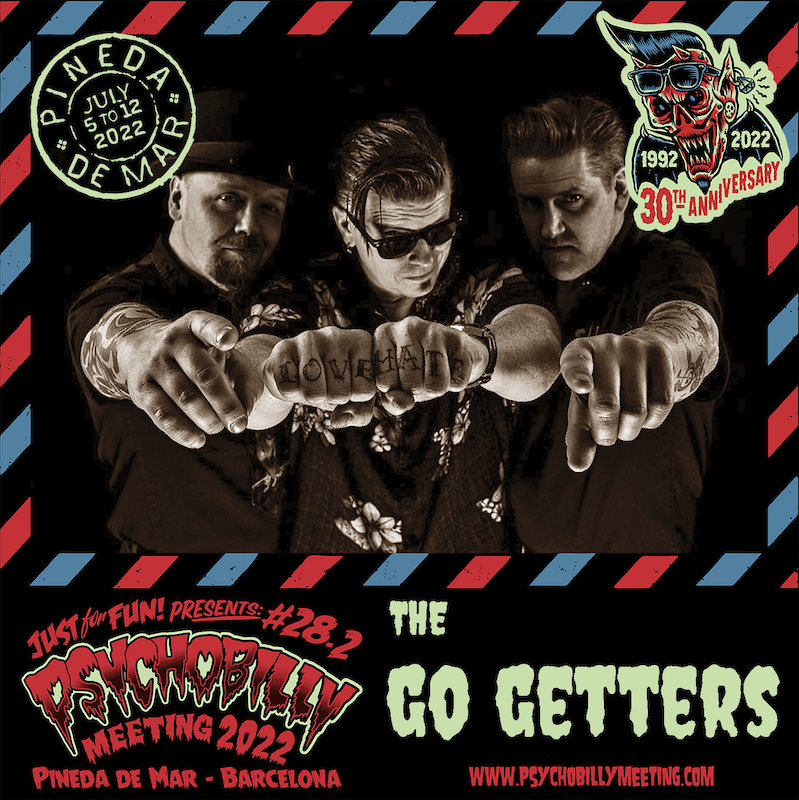 It was back in 1998, during the deep winter in the frozen lands of Västerás in Sweden, a gang of Vikings decided to warm themselves by forming a Rockabilly trio, they called themselves THE GO GETTERS and 32 years later they are still burning like a Texas oil derrick !

At that time times were hard for them, Sweden had a strong Punk and Hardcore scene, artists as Anti Climex or Mob 47 were growing up but there were not many musicians into Rockabilly music.

The Go Getters have spent all these years bringing their special Rockabilly to all four corners of the world, but it must be said they have never lost the contact with the underground scene and still continue to attend as many concerts as they can, due to their pure passion for music and all the Kustom Kulture that it carries.

But tragedy struck , in 2011 and after a devastating motorcycle accident, the charismatic and beloved guitarist of the band, Robin Johnson lost his life.

In all these years a total of 8 albums we’re recorded and released, the last of which was in 2018 for Goofin´ Records “Love & Hate”, add numerous Eps, a multitude of appearances in compilations and a lot of hymns that make you move your feet when you hear them like “Welcome to my hell”, “She´s a motormouth” or the great “No heart to spare”.

They have a peculiar style and way of seeing Rockabilly, the combination of their themes, the exquisitely chosen covers and the unmistakable voice and presence of Peter Sandberg´s wearing his characteristic black glasses make this band one of the most loved in the scene.

The curtain on the main stage will open to huge applause. Just For Fun give you THE GO GETTERS !!!!