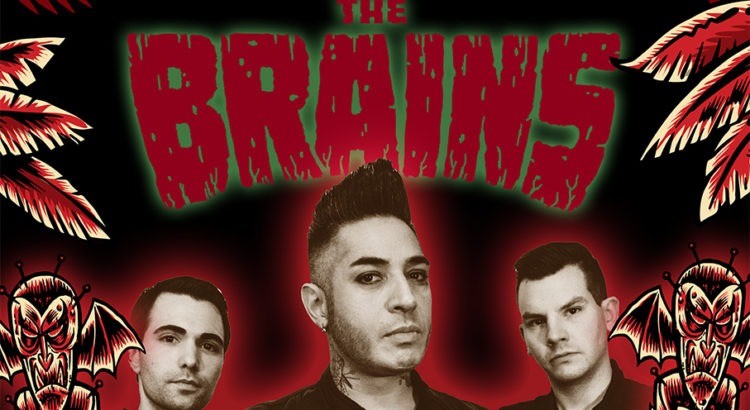 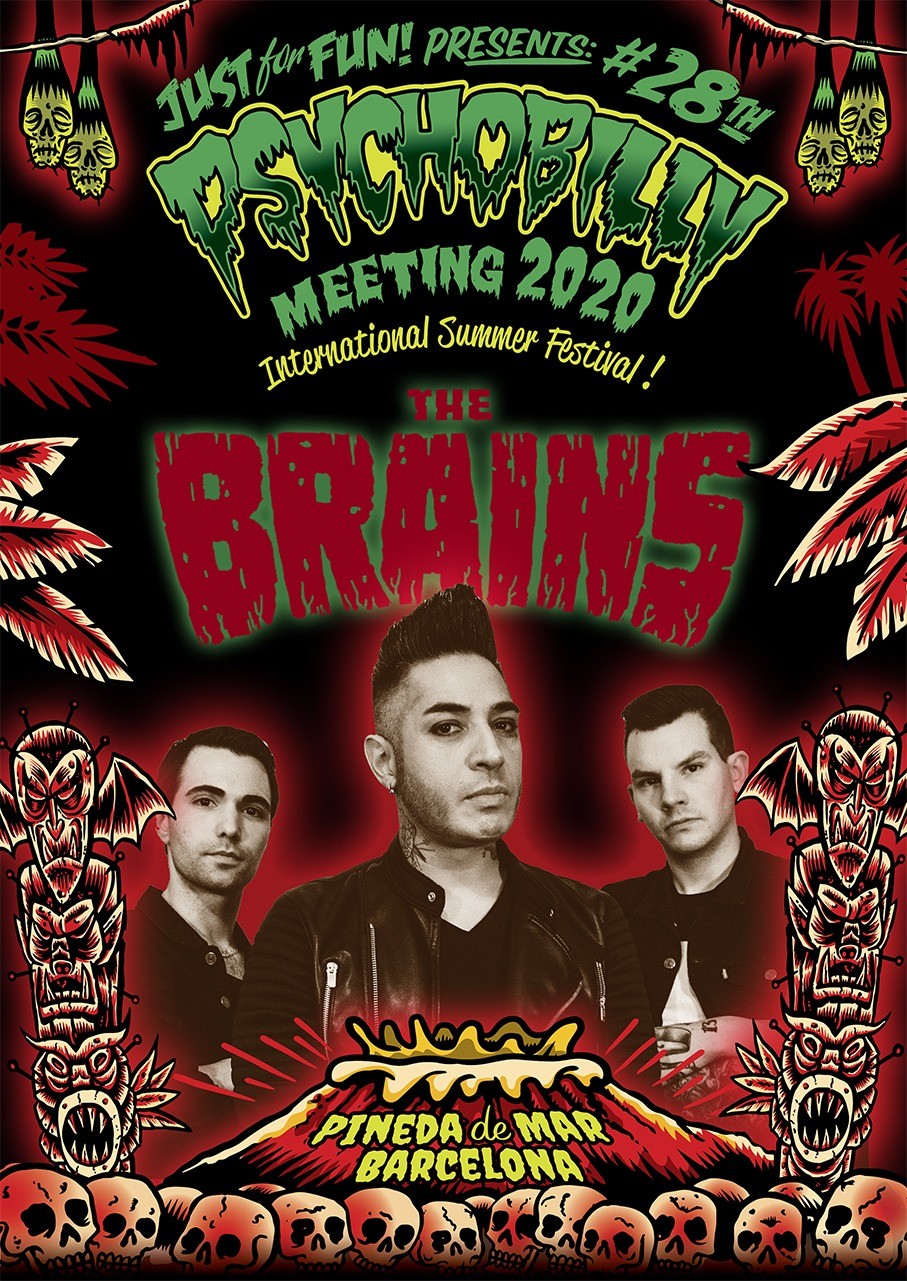 All the way from Montreal, Canada, René de la Muerte and his boys return to the beaches of Pineda to impress You all and debut their new album “Santana Tarántula”.
This trio broke into the scene as a new wave band with a touch of Rockabilly, Psychobilly, Surf and Horror Punk. They never attached themselves to labels or rules and they have proved it with 8 albums. This has made them a great name within the genre and has opened the door to all the countries in Europe, the United States and Canada. They have toured with great bands like Mad Sin, The Offspring abd Real McKenzies.
Currently Rene combines his main band with other projects such as NEKROMANTIX playing drums and playing guitar on BAT with Daniel de Leon. A true natural musician.

They have already announced that their eighth album “Satana Tarantula” for Cleopatra Records will be released shortly, we have listened to it and all the songs are true hits in the purest Brains style and with brilliant production qualities.
They are waiting for you this July at the Psychobilly Meeting in Pineda de Mar and on the main stage, they promise a special concert that you must not miss! MORE BRAINS !!!!