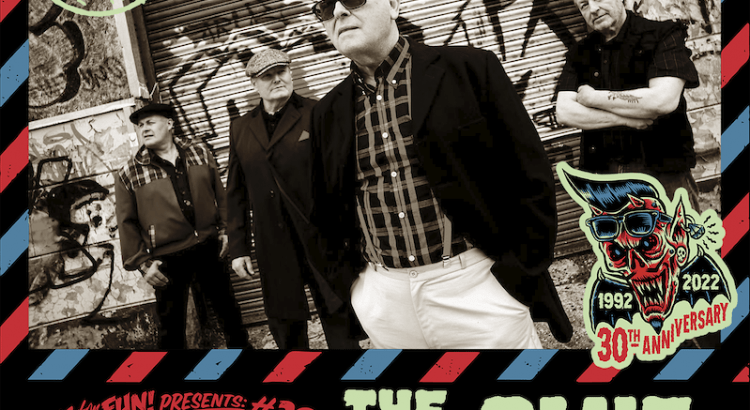 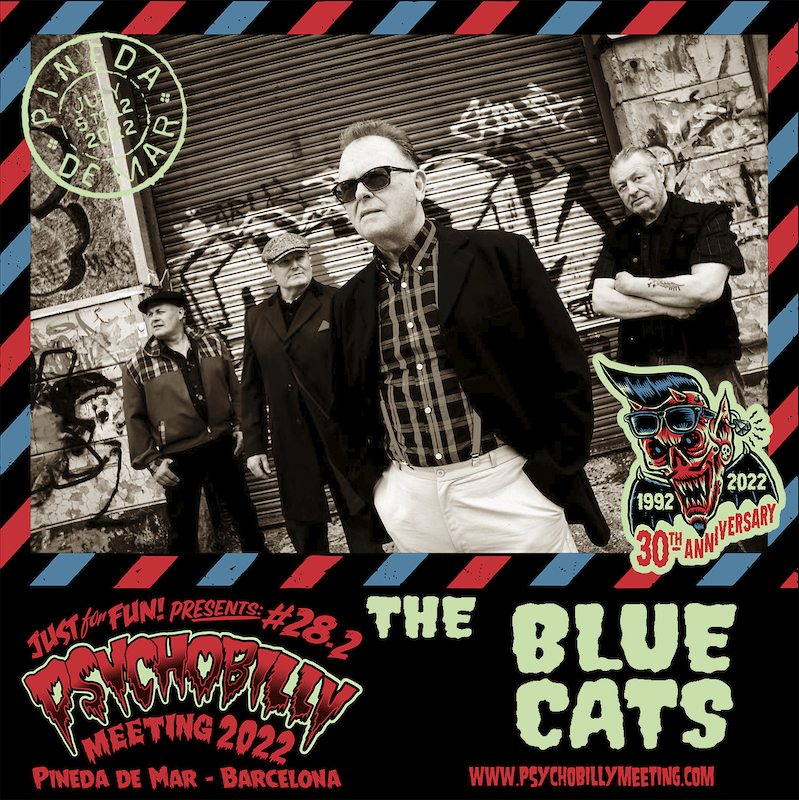 You can tell the measure of a band by how other bands respect them. This band is one of very few that when they perform, other big acts watch from backstage for the entire performance, they have been a big influence on the scene,
Although the band started in 1978 the revered lineup was in 1980 / 81 . The legendary ‘Fight Back’ album line of Clint Bradley , Carlo Edwards , Stef Edwards and Mitch Caws . This line up gave the World the infamous ‘Wild Night’ single… that became an iconic record in our scene …as was Rockabilly Guy to The Polecats..and Runaway Boys to the Stray Cats .
Side projects are numerous, but most noteworthy is Beltane Fire
They decided to separate in 1993, but nobody could foresee such a return after 15 years, these things simply rarely happen and it was if time had stood still and like they never stopped playing!
The Blue Cats have such a unique sound, when they appeared on the scene, it was doing the music they wanted to play and often they felt rejected by an audience that qualified them as too modern. However this sort of genius is usually misunderstood. Clint Bradley at front, with his particular voice, the Edwards brothers, Carlo on guitar and Stefano on drums with Steve Whitehouse, the king of double bass, lined up as if they were planets, to bring us the perfect Neo Rockabilly of hits like Wild Night, The Tunnel, without belittling his latest works after his return with themes such as Billy Ruffians or Norton Spirit. The legend continues … with you !!! THE BLUE CATS