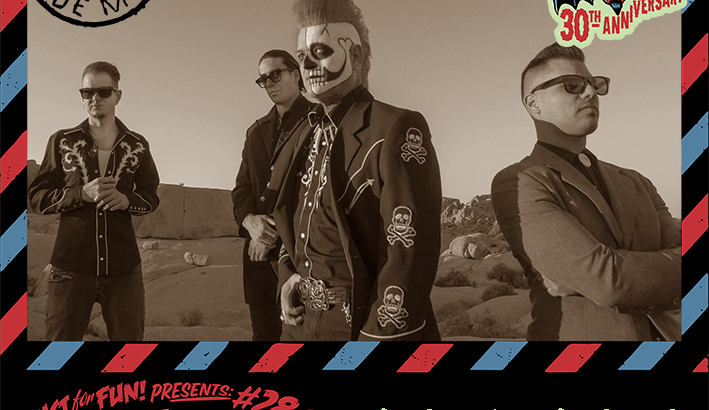 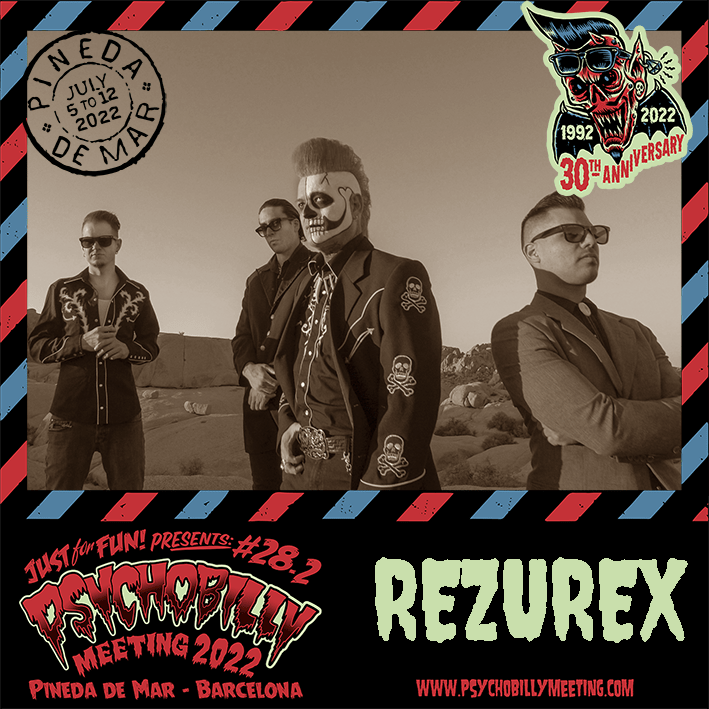 Walk on the edge of punk and rockabilly with REZUREX, one of the most influential Psychobilly bands to come out of the City of Angels. Rezurecting the spirit of Elvis Presley and possessed by the demons of The Cramps, Rezurex half-skull-faced frontman Daniel deLeon will have you rockin’ in your coffin with underground smash hits like Everyday is Halloween, Black Rose and Dia de Los Muertos.

Known for their electrifying live shows and singalong horror anthems, Rezurex packs the house and guarantees a night of fiendish fun. An internationally recognized act, Rezurex tours the world, headlining shows and playing in festivals around the globe.

Since their debut album, Beyond the Grave, in 2004, their music has stretched across genre lines and they have published several albums with were critically acclaimed.

Rezurex have recently teamed up with Batcave Records in association with Cleopatra Records to release their newest album, due out in the autumn of 2020 and titled , SKELETONS.

They are appearing on the big stage this time to make us vibrate with their tunes one more time, don´t miss them ! REZUREX !!!