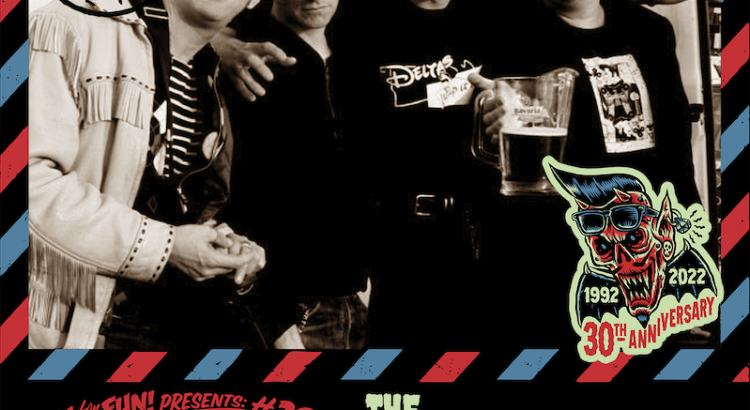 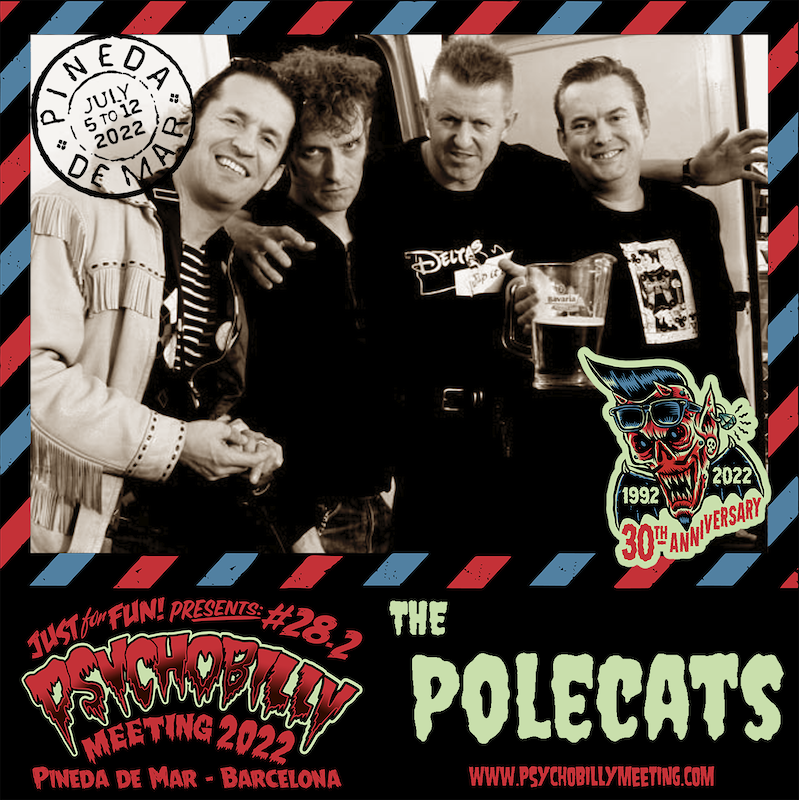 Hands up if you have danced to songs such as JEEPSTER, ROCKABILLY GUY, MAKE A CIRCUIT WITH ME or BIG GREEN CAR, all of them are great songs of these Rockabilly cult Heroes of the late 70’s!
Hailing from Mill Hill in north west London they formed the band in 1977 under the name of CULT HEROES, but that name sounded too much Punk and they felt they were being excluded from the Rockabilly circuit so they decide to call themselves The Polecats , as the name cats was the thing to be called back in the day

This was the time of the Rockabilly Revival in the United Kingdom, the original clothes from the 50’s, carded toupees and even makeup, heavily influenced by groups from the Punk era and 70’s Glam Rock. They got into the British Top 40 charts alongside the Stray Cats and their “Rock this Town” with “John I’m only Dancing” “Rockabilly Guy” and the T-Rex version “Jeepster.” In 1981 they released their debut Lp “Polecats are go” produced by Dave Edmunds, a jewel which every fan of the band should have.
Boz Boorer leaves the group to go to work as guitarist, music director ,and co-songwriter for “Morrissey” from The Smith,s. ,they were good friends of the band and well known for London’s Rockabillies. In 1989 Polecats got back together to record a new studio and live album.

Another significant change band career was the move of Tim Polecat to Los Angeles, he forms 13 Cats with Slim Jim Phantom of Stray Cats, Smutty Smith of The Rockats and Danny B. Harvey of Swing Cats, a good project that only a few ,have been able to see live. Tim also works there as a director and producer for movies, commercials and music videos. With all these work projects they didn’t get together often to give those Neo Rockabilly pills that every Polecats fan needs!!!

They are the legendary Tim Polecat, the talented Boz Boorer, the always elegant Phil Bloomberg and the rhythmic John Buck !!!!
Together again we have the legendary Rockabilly band from the 80’s THE POLECATS ARE GO !