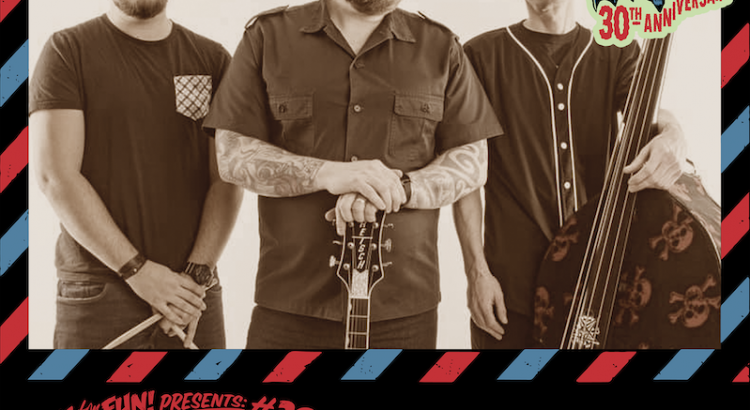 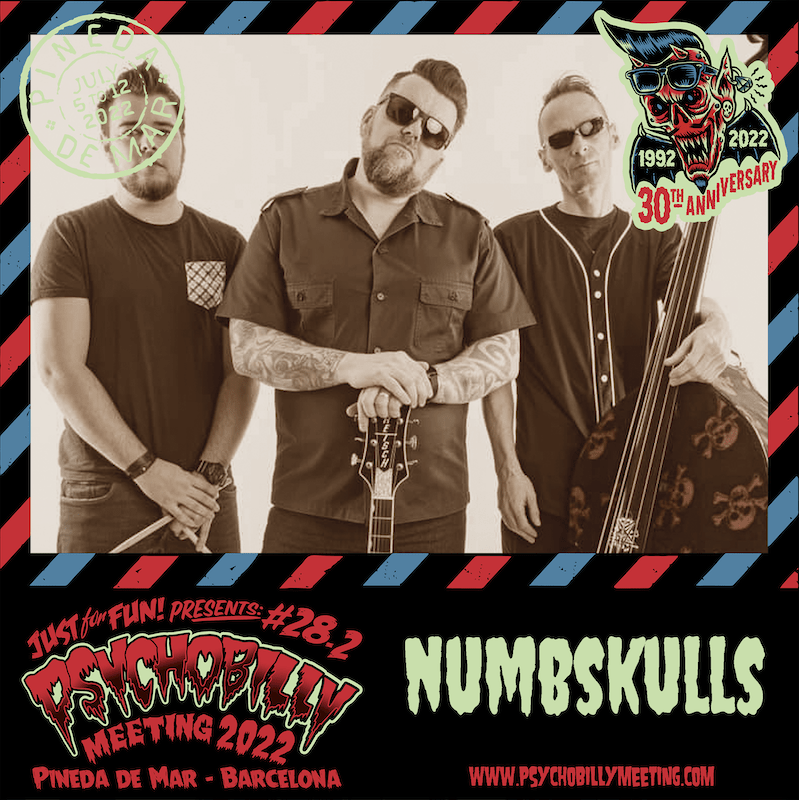 We are proud to introduce a band appearing at the Psychobilly Meeting for the first time. From Scotland they started their band in the late 80s.
Their first release was in 1991, “Psychophobia” for the Kix4u Records and the sound was loud and rude, influences from bands like Klingonz , quite obvious as later they will share members. In 1996 another album was out “Life in Limbo “ and after 20 years, in 2017, they got back together again with “Back Fae the Deid” on Diablo Records, doing their particular style but with a much more refined sound!
Don´t miss those Psychobilly Punks returning from their graves, they are NUMBSKULLS !!!