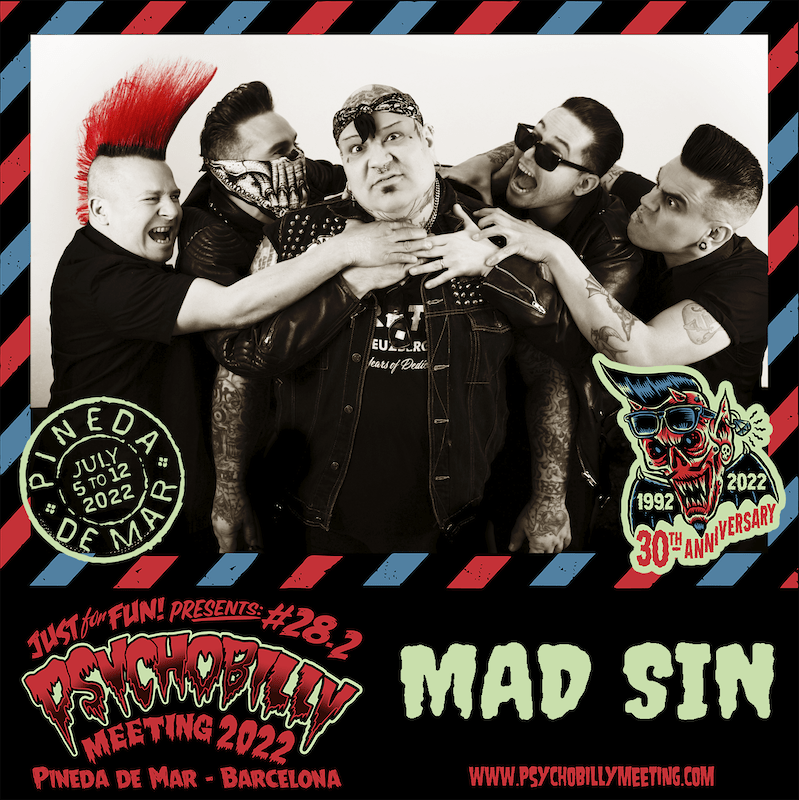 One of the most influential bands of Psychobilly, they have at the same time, often been approached to other parallel underground scenes, maintaining the ability to nurture from other styles, in their albums we can find a bit of everything but always, very well done, with the ability to wink at punk, harcore, metal, and even country music.

They started as a trio in the year 87 and over time they evolved , going through several lineup changes before becoming a quintet, and simultaneously creating what is arguably their finest period. Nowadays they are a solid and established formation. With more than 14 albums, endless appearances in compilations, lots of eps, splits, it seems that this year, what many of us are waiting for will happen , which is, no more or less than the release of his latest album, it has been incubating for a while and soon will be released .

Their live shows are like thunder, now with the infinite talent that is Andy Kandil and the wise and experienced Manny Anzaldo on guitars, Ko Ristolainen , from Finland is technically brilliant and visually stunning on drums and Valle, what cab you say will we see him crowd surf whilst playing his neon lit double bass ? They perform the songs without sighing, whilst the larger than life, the big man,Koefte, displays all his strength and command, splashing on stage and firing energy cannons !! They put their heart and soul on the stage, and we warn you, unless you have ice in your veins, they wont leave you impassive, if you like strong emotions, this is your band! The unbreakable … .MAD SIN !!