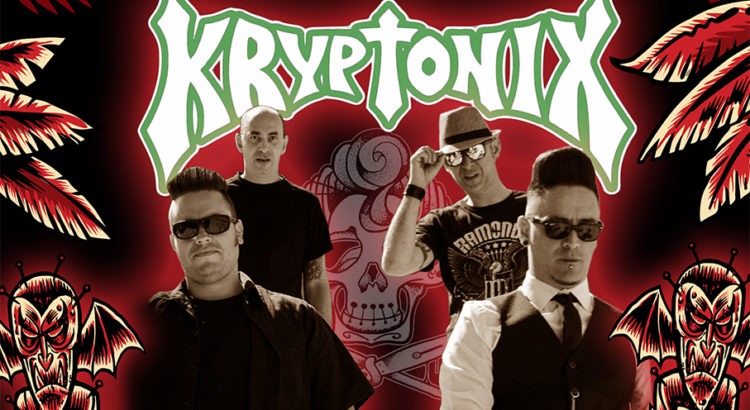 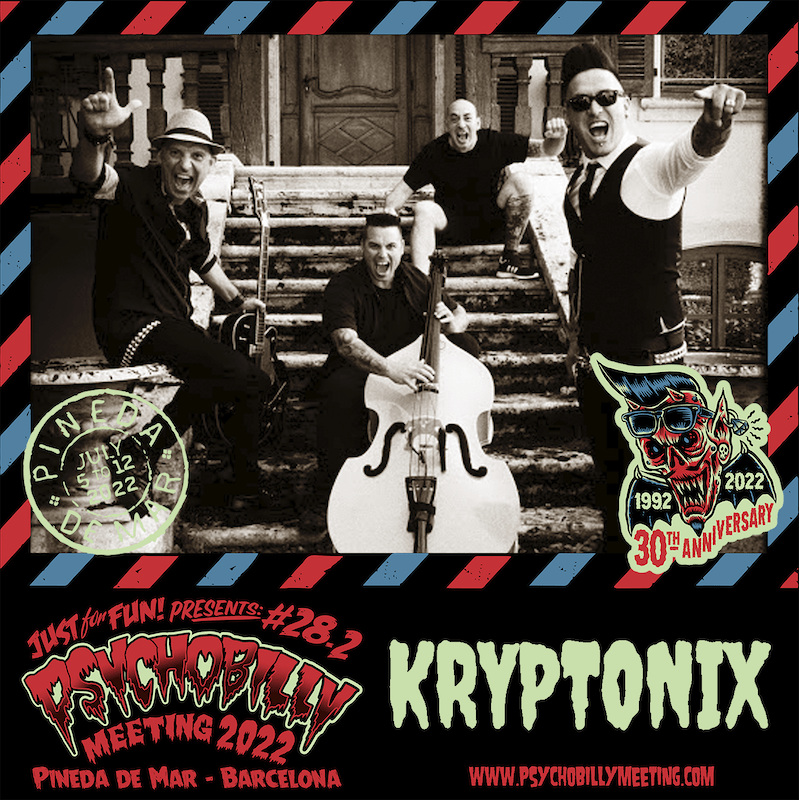 Back to summer of 96 at the 4th Psychobilly Meeting, when it lasted for 15 days and everything was much more familiar, the line up consisted of bands like the original Scum Rats, Cenobites, and the french, Histery Call and Krytonix!
They had started 4 years previously , in 1992 ,and since then, they haven´t stopped playing, this earned them a solid reputation on the scene sharing the stage with big bands as Anthrax, Marky Ramon or Les Pampas.
They have, nothing less and nothing more than 6 albums in their career and the last one “La 6ème Symphonie” from 2018 for Klabautermann Records, proved they were fitter than ever!
The musical formation is based on a trio supporting singer Joe, who possesses a mix of hoarse and melodious voice styles. He has a great presence on the stage, offering a very powerful show with tuneful rifts and frenetic energy
We are very happy to have one of the bands that started with us at the beginning of this adventure. They come from Montbéliard, France along with the border with Switzerland .They are KRYPTONIX !!