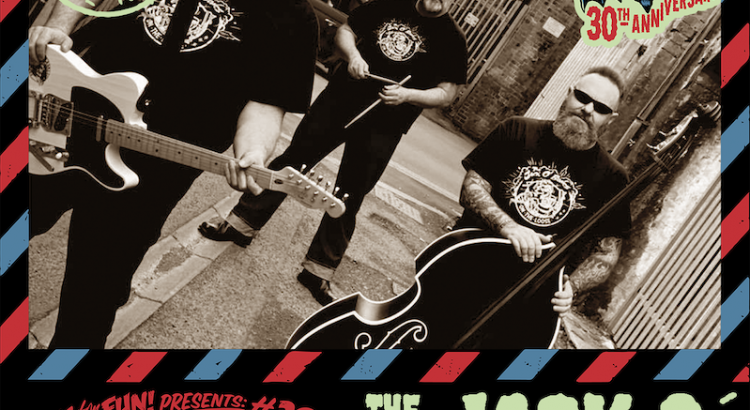 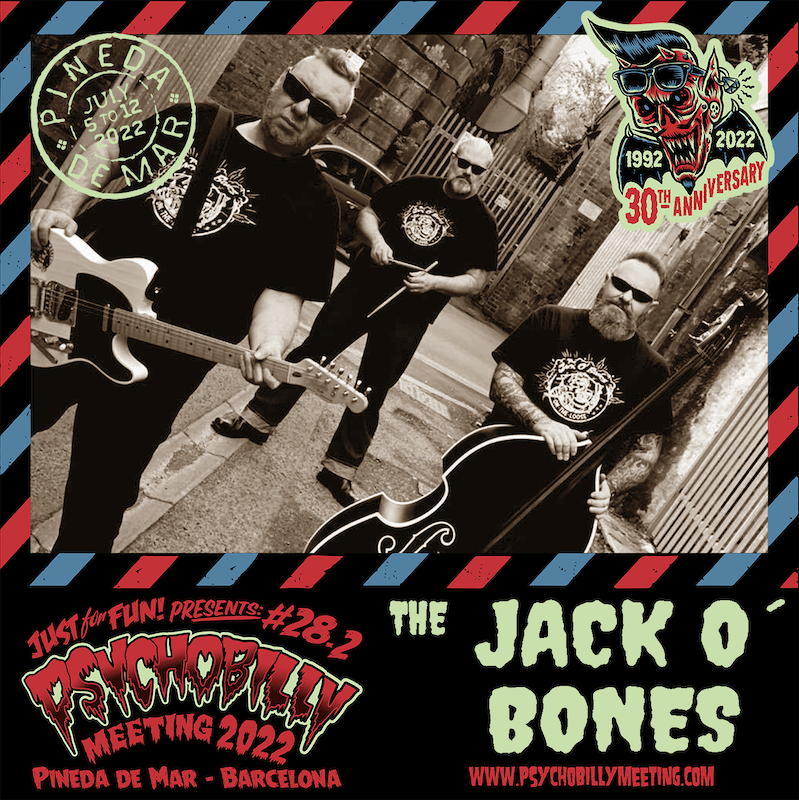 In the midlands of England UK, the county of Warwickshire and the Town of Leamington Spa , is where Paul, Matt and Terry come from. They had been in various bands previously, such as The Renegades, The Rayders or The Busters but it is with Jack o´Bones where they have found themselves at their peak and they have demonstrated this on 3 great albums, all of them on Diablo Records.

Very active within the English circuit of Psychobilly and Rockabilly, you can frequently find them on the posters of the best concerts and festivals in their country, they have also added a respectable amount of European gigs too. So, in 2020, they want to make the jump and come to the beach of Pineda to offer you all they know how to do !

The style is a refined Old School Psychobilly and among their influences are Guana Batz, Stressor, Johnny Burnette and Charlie Feathers, definitely a respectable mix.

Their previous guitarist Mark, left to concentrate on the Highliners and the Shakin DT’s , the new guitarist is actually an old friend. They will introduce him in a concert on the stage at Santi´s Beach Bar where they will shoot the songs from their 3 works! Highly recommended, highly entertaining and accomplished musicians, do not miss them, they are JACK O BONES !!!