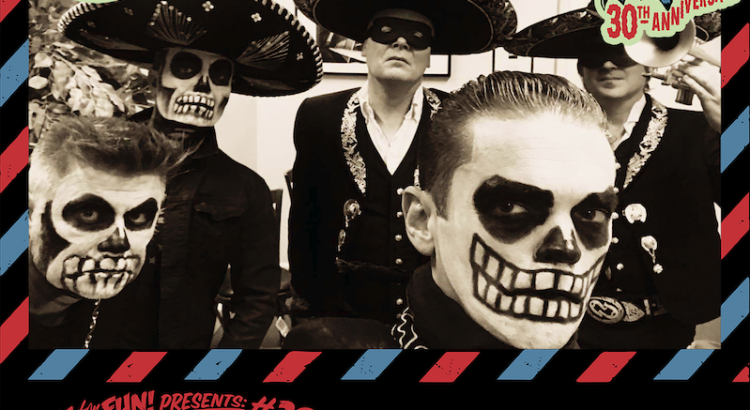 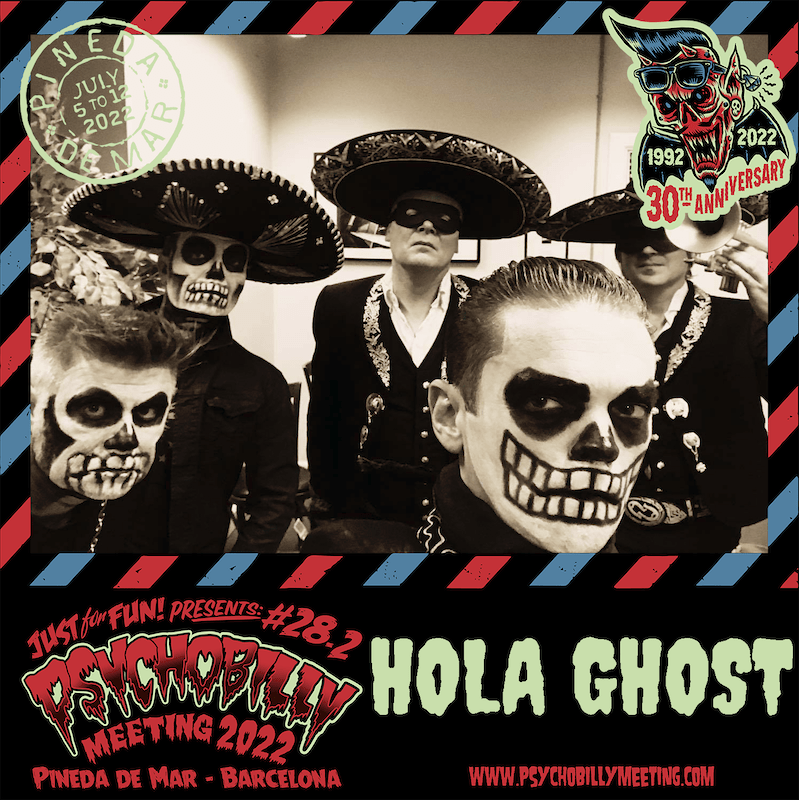 They have been defined as a Mexican Death Surf Band, Mariachi Punk, Digital Psychobilly, Darth Goth Disco… This and much more is how they have been described but on this occasion we have something special. They will be complemented on stage with a horn section, bandanas, bullet belts, sombreros and characterized as day of the dead souls. They mix without fear, diverse genres to create their own darkness . Scandinavian sound of Mariachi Rock, inspired in surf, Mexican folklore, Psychobilly and B -Western Movies .
HOLA GHOST was an idea of Peter Sandorff , (Nekromantix, Mad Sin) , together with his friend, Jeppe B. Jessen . They started to compose the soundtrack of the film “Cannibal Fresh Riot , with a drum machine they bought from a guy who won it in a poker game in Tijuana, so working on the film music of that project the Mexican sounds appeared and their peculiar own style took shape.
After that, they dropped the drum machine to incorporate Kristian Sandorff, ( Nekromantix ) on drums and added 2 trumpets on their shows !
Their career on the studio produces the soundtrack of the film in 2006, a record release in 2009 , and 4 more Eps on the last 2018 .

Dont miss the “ Copenhagen Gringos “ and their horn section on the main stage of the festival, The Chupacabras Strikes back on the Beach “! They are HOLA GHOST ! ! !