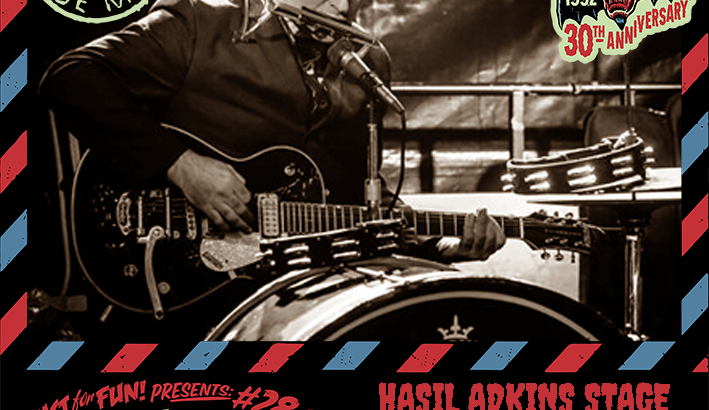 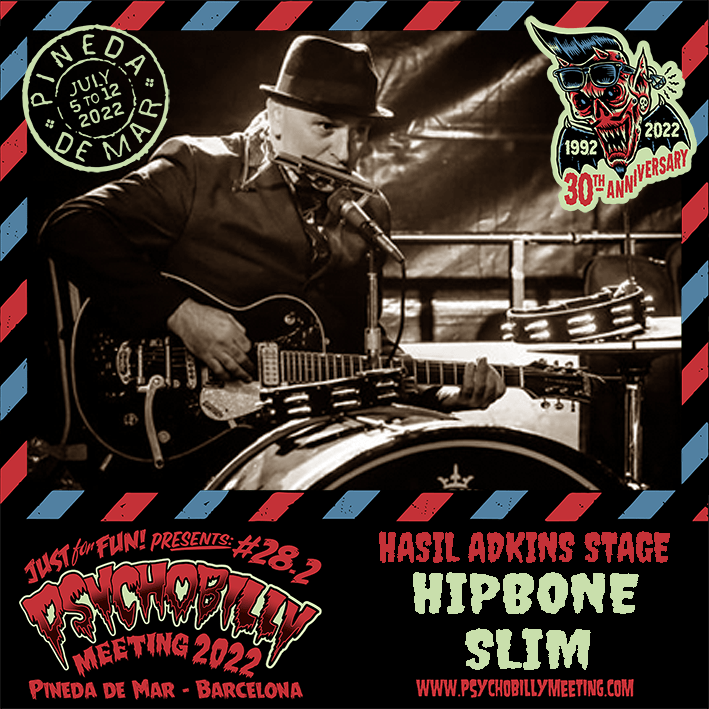 In the world of Rock & Roll world there are certain dudes called workaholics for their commitment and for being workaholics. Although it could mean a health problem for some of them sometimes, for us it is huge luck, especially because it’s HIPBONE SLIM, How this man is capable of doing what he does is one of the best kept secrets in the UK Rock and Roll scene. With a catalogue of more than 400 songs in numerous diverse projects.
Hipbone Slim, aka Sir Bald Diddley is one of the most respected and beloved musicians in the Garage, Surf and Frat world ! This One Man project reviews old tunes such as own compositions of punk, blues, raw rockabilly or primitive garage played with a guitar, drums and his harmonica , influences from Howlin ‘Wolf, Link Wray and The Cramps.

This is pure dynamite that will blow your mind!! The British 6 strings king will open the backdrop of the Hasil Adkins stage !!! HIPBONE SLIM