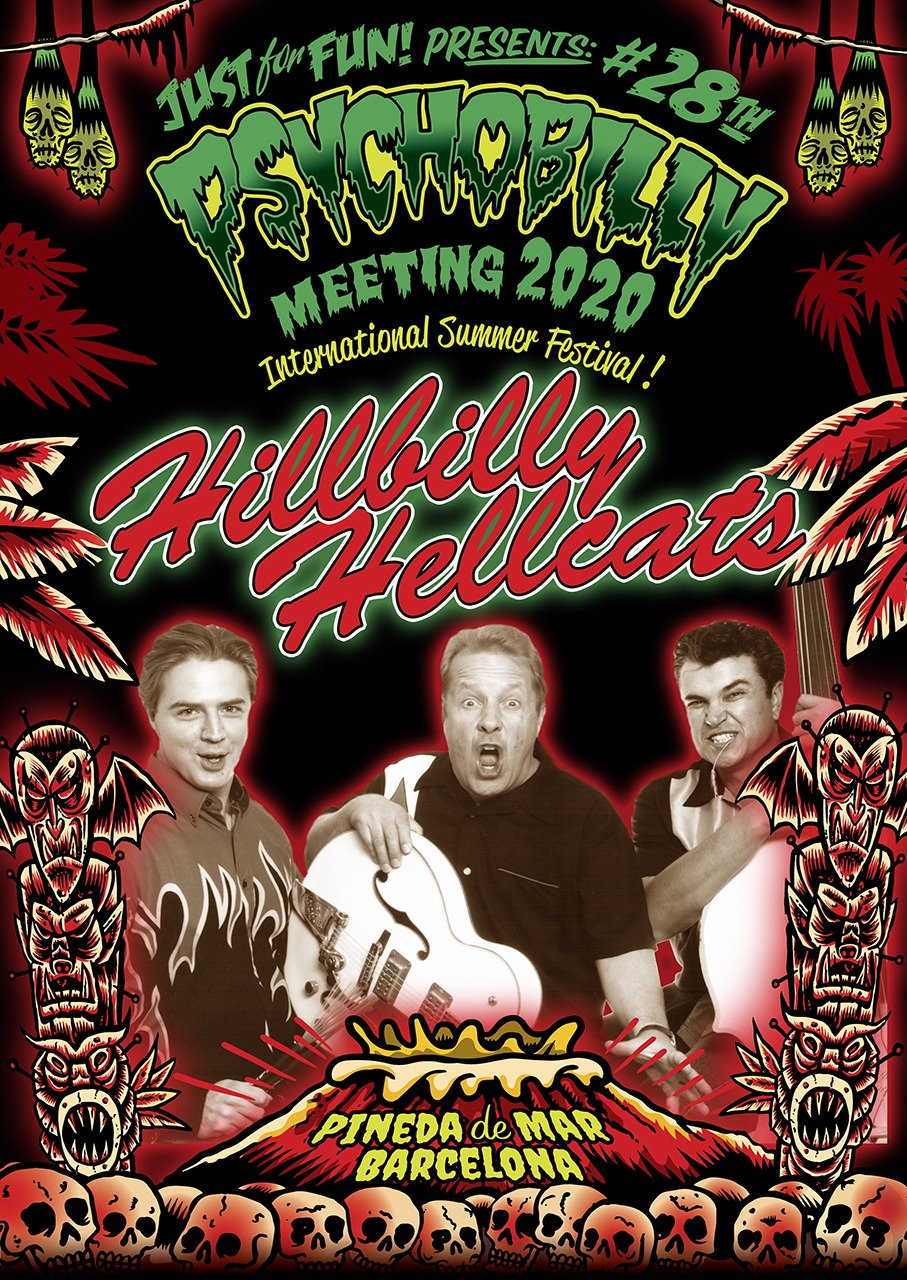 This band comes from the US state that is famous for its vast plains, large river , high mountains , a gold rush and lots of bands with ties to original American music influenced by the culture of Colorado. The vocalist and guitarist, Chuck Hughes, formed the band back in 1993, having grown tired of playing in standard Rockabilly local bands

They are fast, their devilish guitar and their lyrics are not about the usual pin ups, heartbreak and other standard topics.

This is a rare and golden opportunity to see the band in Europe, HILLBILLY HELLCATS! HILLBILLIES ON SPEED !!!

Don´t forget to buy your tickets on advance online through our webpage
http://psychobillymeeting.com/en/tickets/