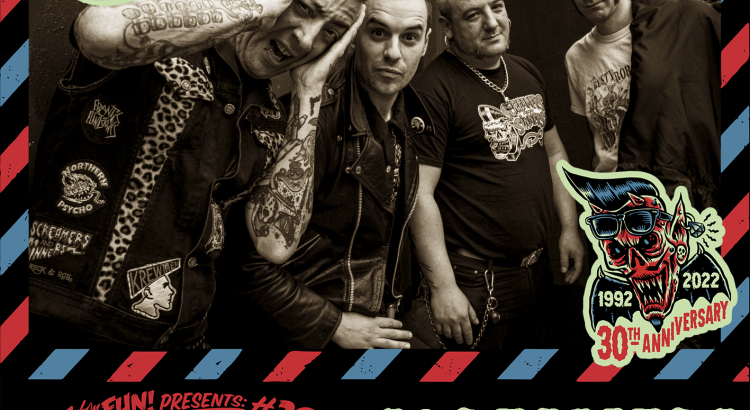 Coming from the rough, rude and ready region of Spain known as Basque Country this band started in 2012 with a frenzied double bass, a sharp guitar and also a sexy saxophone thrown in the mix.
Their debut album “Demon Tales” released in 2013 was followed by extensive tours of Europe. They followed up with a second album “The Revenge of El Sacamantecas” released on Drunkabilly and produced by Andy Laaf , (ex Mad Sin), this has demonstrated the maturity of the band. After some changes on the line up they are ready to rock Pineda!
It´ s always good to have a Spanish band in the lineup at Pineda and we know you will love them !

LETS DO THE TUTANKHAMUN WITH SCREAMERS BOOGIE ROCK!!!