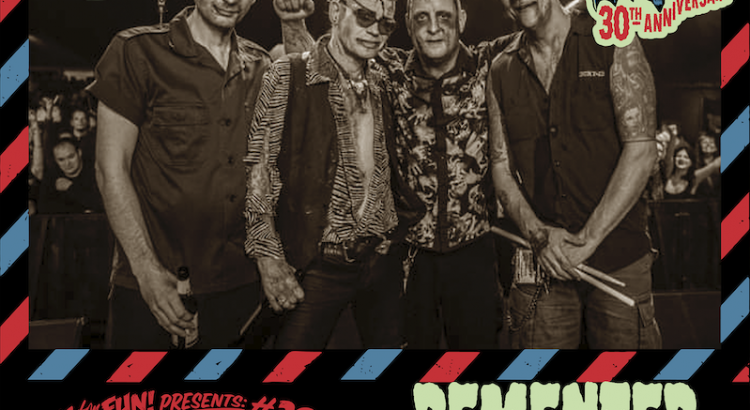 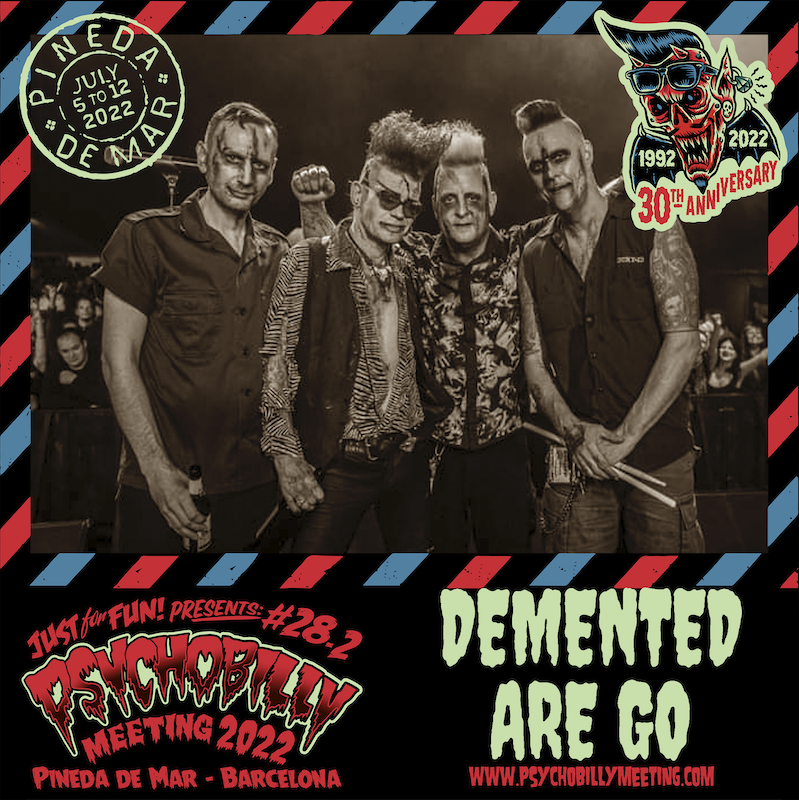 One of most beloved bands in the Psychobilly family ! This is the band that everybody wants to see no matter how many times you have seen them before, and the simple reason is that every gig is a different story. Frontman and singer, Sparky ,has one of the most charismatic and unique voices on the planet !

Sarcastic and chaotic, they will give you an adrenaline rush whilst their sound will crush you and take you straight to hell !
A band which has a particular style with a mix of Psychobilly, Punk Rock and rude Rock and Roll, they have a charm that dazzles a wide variety of people, that’s why their fans are a motley crew of gothics, punk rockers and of course the mad Psychobilly family.

They have been performing for over 30 years, more than 20 albums and thousands of concerts around the world . They are fitter than ever, mad as ever, entertaining as ever and this is the reason why they are a big reference of International Psychobilly !
Get ready for the insane show of DEMENTED ARE GO !!