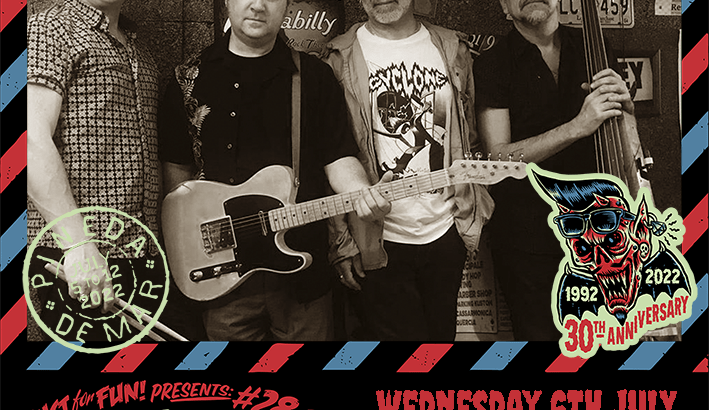 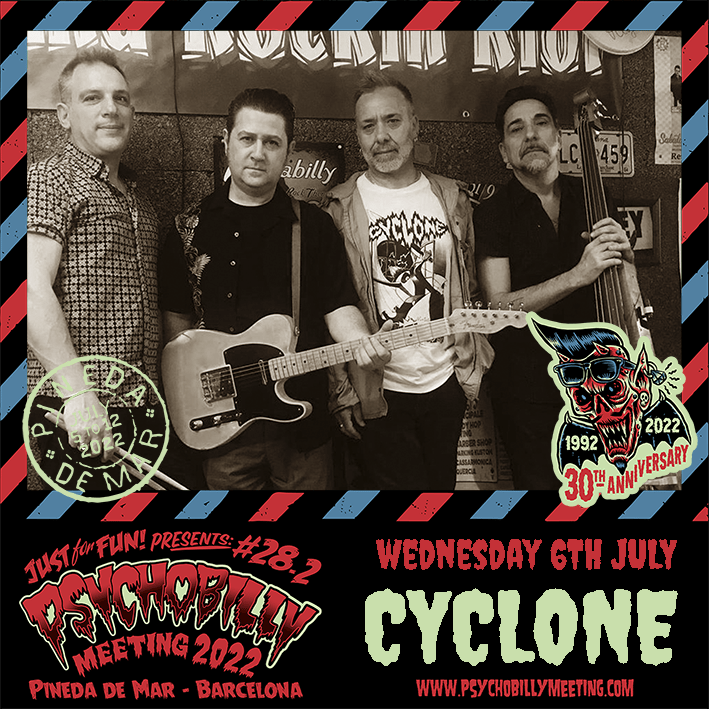 One of the many surprises we had last year was the return of this great Italian band! It could not have been better and they impressed everyone. Their return was better than ever with a great show on the main stage.
So dedicating this year to Italy they couldn’t be left out, because they were the first Italian Psychobilly band.
They celebrate the 30th anniversary of their first album “The first of the cyclone men” for Klang Records in Rome, one of the 7 best-selling albums in Rome during that year, so they made a special reissue!
They started gigging in April 1987, together with The Meteors in Rome, continuing with the first Psychobilly Italian festival in Umbetide alongside most of the big bands on the scene like Frenzy, Torment and the Guana Batz. Soon after they woud start gigging in Paris, Amsterdam, Austria, Germany and then they blew the crowd away at “ The Big Rumble” in Hemsby, UK of 1990 . It was recorded and published in a great compilation of the festival.

You know, you have an appointment with them! It will be on Wednesday, July 1st on the main stage, at the Welcome night of Pineda dedicated to Italian Psychobilly and what can be better than to celebrate it with the pioneers! CYCLONE are back !!!