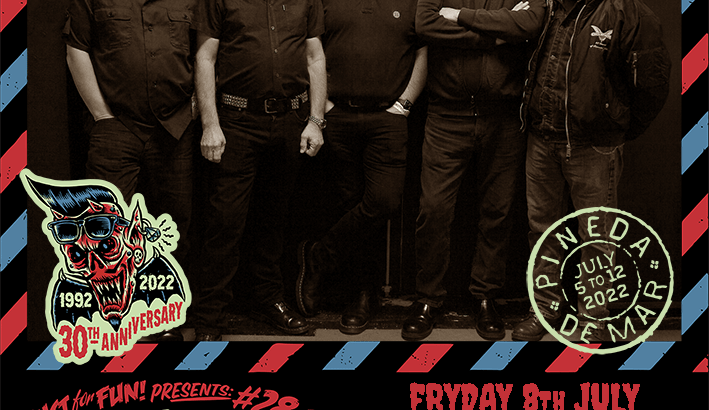 Considered the fathers of Street Punk and the brothers of Oi, Cock Sparrer will be, for the first time, appearing on the main stage of the Psychobilly Meeting in Pineda de Mar, with hymns like “Take ‘Em All”, “We´re Coming Back” or “Because You’re Young”.

Strongly influenced by Glam rock and Pub Rock from the early 70’s in London, the high school boys started a band with the purpose of making music and having fun without being aware that all those songs would be the soundtrack of so many people’s lives.
Their first album , released in 1978 and titled “Cock Sparrer” by Decca is a jewel for the collectors, from there to nowadays. 12 more albums were released to the delight of all fans.

After so many years the priority of the band is to continue playing the same way as they have always done ,not to change, and to write speedy and catchy songs on any subject of daily life and that is what they have done in their latest album “Forever” In 2017.

They describe their shows only in 3 words LOTS OF FUN! That is what you will find this year on Friday 8 of July in Pineda de Mar ! Keep the date, you know you can’t miss it because it will be epic !!!! They are COCK SPARRER and … They´re Coming Back to you !!!!